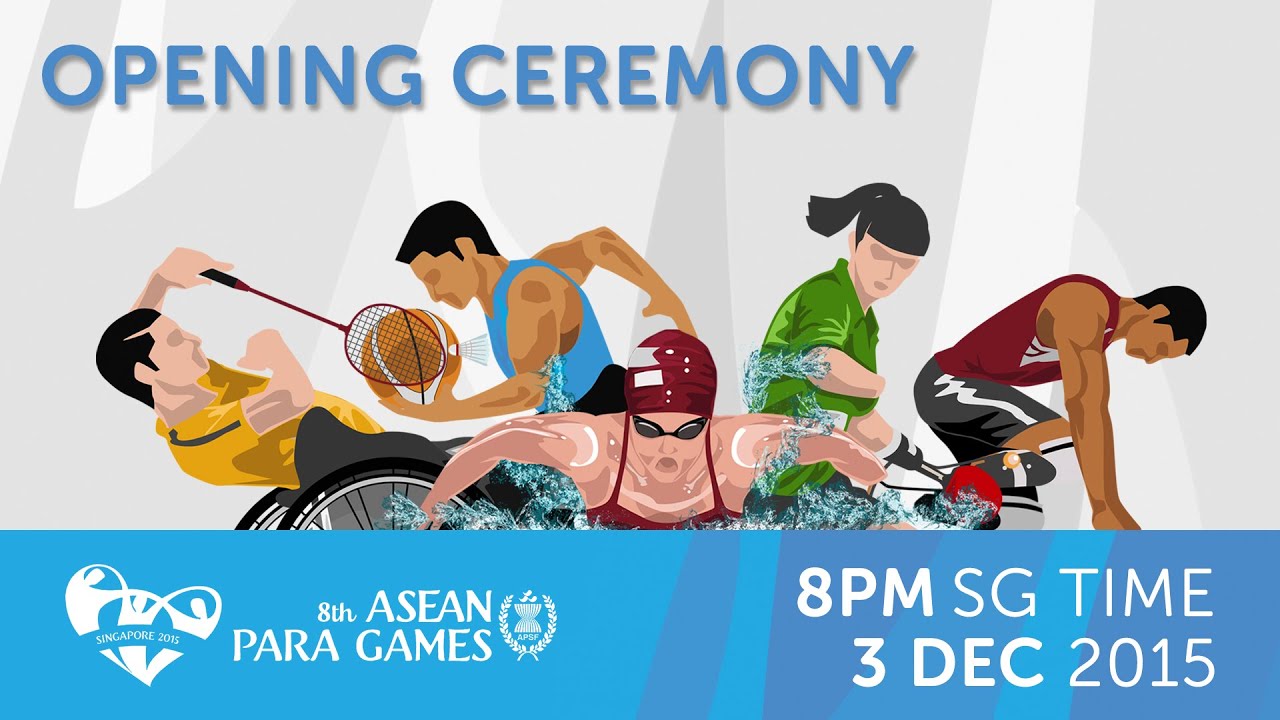 The 8th ASEAN Para Games Opening Ceremony was held in Singapore on Dec 3, 2015.
Broadcasted live at Singapore Indoor Stadium and live broadcasted across Singapore, Malaysia, The Philippines and internationally through Youtube.

Michael was Associate Visual Director of the Opening and Closing Ceremonies of the 8th ASEAN Para Games (APG, with ASEAN referring to the Association of South East Asian Nations).  The APG — the ‘Paralympics’ for South East Asia — welcomed 3000 athletes and officials from 10 nations. Commissioned by Sport Singapore and directed by Philip Tan, the multimillion-dollar, multi-media Ceremonies, entitled Celebrate the Extraordinary, was attended by Heads of States, broadcasted to 600 million in the region and live-streamed to many more. Created with and for people of all abilities, the Ceremonies were a resounding success.

The Games were said to have set a new precedent not just for Para Games in the South East Asian region, but with broader implications for inclusivity. Firsts include the Opening Ceremony being beamed live to Singapore, the Philippines and Malaysia, as well as being accompanied by live interpretation and live captioning. Two years in the making, the Ceremonies generated a range of outputs, such as commissioned films and programme booklets (which included Braille versions).  Michael’s films were activated as large-scale installation for three movement of the performance, and he also post-produced (edit/colour grading) 10 short films portraying para sports athletes from the 10 participating nations for the closing ceremony.

About the ASEAN Para Games

The ASEAN Para Games is a biannual multi-sport event held after every Southeast Asian Games for ASEAN athletes with physical disabilities. The games are participated by the 11 countries located in Southeast Asia – Brunei, Cambodia, Indonesia, Laos, Malaysia, Myanmar, the Philippines, Singapore, Thailand, Timor Leste and Vietnam . The Para Games, patterned after the Paralympic Games, are played by physically challenged athletes with mobility disabilities, visual disabilities, who are amputees and those with cerebral palsy. (Source: Wikipedia)